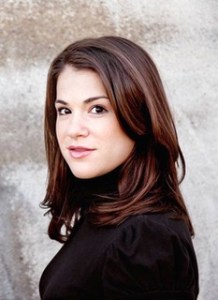 SONGS FOR MY MOTHER

Enjoy the 54-minute recital from these two beautiful artists.

Here is the 27-minute interview. You must input the password, which is provided next to the link.

Rebecca began her 2019/20 season at the Teatro Municipal Sao Paolo reprising her role as Lumee in the Pulitzer Prize winning Opera prism and then singing various roles in a concert version of Weill’s Der Silversee and Blitzstein’s No for an Answer. She then debuted with the Oldenburgische Staatsballet singing as the soloist in VANITAS by Sciarrino. The engagements that were cancelled included prism at the Kennedy Center in Washington, Bach St. John’s Passion with the Florida Orchestra, Garderobiere/ Gymnasiast in Lulu with the Cleveland Orchestra and The Metropolitan Opera, and The Dutchess in Weill’s The Firebrand of Florence at Tanglewood. Future seasons include debuts at the Spoleto Festival and Opera Philadelphia in world premieres and directing Die Fledermaus in Berlin. Last season, Rebecca debuted with Los Angeles Opera and Beth Morrison Projects as Lumee in Reid’s prism. She also returned to the Deutsche Oper Berlin for Schönberg’s Pierrot Lunaire with Donald Runnicles conducting, Mercedes in Carmen, Zweite Dame in die Zauberflöte and New York Festival of Song to reprise Bernstein’s Arias and Barcarolles on tour.

Ms. Loeb spent five seasons in the ensembles of the Deutsche Oper Berlin and Hamburgische Staatsoper, in which her performances included Cherubino in Le nozze di Figaro, Rosina in Il barbiere di Sviglia, Siebel in Faust, Hänsel in Hänsel und Gretel, Orlofsky in Die Fledermaus, the Fox in The Cunning Little Vixen, Oreste in La Belle Helene, Francis in Britten’s Gloriana, Dryad in Ariadne auf Naxos, the Page in Salome, Zweite Magd in Elektra, among others. Following her performances of Bellante in Händel’s Almira in Hamburg, she reprised the role at the Innsbrucker Festwochen der Alte Musik.

Other recent engagements include her debuts with the Metropolitan Opera as Flora in La Traviata; Oper Köln as The Fox in The Cunning Little Vixen; Dutch National Opera and Teatro Municipal de Santiago as Eine Theater Garderoberie/Gymnasiast/ein Groom in Lulu, directed by William Kentridge; Festival d’Aix-en-Provence as the Second Angel and Marie in the world premiere of Benjamin’s Written on Skin; Dallas Opera as Fyodor in Boris Godunov, Theater Freiburg as Susan in Weill’s Love Life, and Teatro Regio di Torino as a Blumenmädchen in Parsifal

In concert Rebecca has performed with the Hamburg Ballet in Handel’s Messiah and Bach’s St. John Passion and with the CPE Bach Chor as soloist in Bach’s St. Mark Passion and The Jenny and Johnny Project at both the Kurt Weill Festival in Dessau and the Brecht Festival in Augsburg. She joined James Conlon in a concert performance of Mahagonny Sonspiel at the Ravinia Festival and sang Mendelssohn’s Midsummer Night’s Dream with the New York City Ballet, Bach’s Mass in B minor at Carnegie Hall, and made her Alice Tully Hall debut singing Bolcom’s acclaimed Cabaret Songs.

Her awards include a Sullivan Award, first prize in the Lotte Lenya Competition, a 2009 Career Bridges grant, and the Ginney and John Starkey Young Artist Award at Central City Opera. Graduate of The Juilliard School. He has appeared on Arte in the ‘Hope@Home’ concert series, France Musique, and RBB radio, as well as in the Daniel Barenboim Excellence Foundation concert series. Recently, Kunal was awarded the Sam Hutchings Pianist Prize at the Oxenfoord International Summer School and was invited to join the 2020 Heidelberg Lied Akademie, with performances at the Pierre Boulez Saal and Heidelberger Frühling Festival. In 2018, Lahiry was selected for the first academy of melody and lieder at the Royaumont Abbey and Musée D’Orsay, a year-long residency culminating in a live album recording with B Records. He studied at the McGill University in Montréal as a Schulich Scholar with and received his Master’s in Song Interpretation at the Hochschule für Musik “Hanns Eisler” in Berlin, where he currently resides.